Please screenshot this page and send it to info@mim-essay.com

The study technology and programs that can help individuals analyse enormous amounts of data are called data analytics. Though it is a new form of study, individuals in businesses have been doing data analysis for quite some time. However, as businesses grow, so do the size and complexity of the data that they collect. In recent times, programmers have been able to develop software that can easily go through all of this data. A data analyst is taught the skill to use this softwares and interpret the output to create a report summarising the analyses. 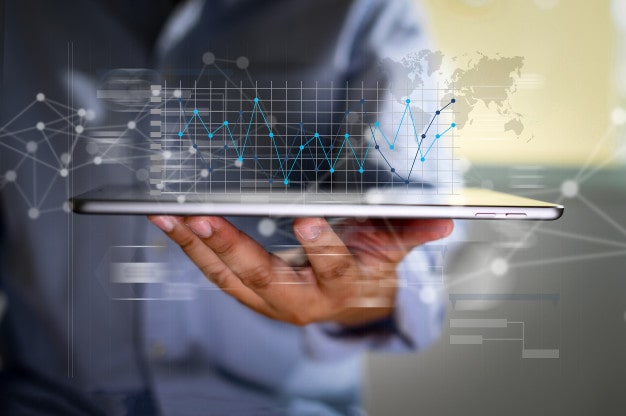 In a market today where the competition is strong, with new start-ups popping up every now and then, it is important to have a professional on board having the tools to monitor market trend shifts. Having studied these, these individuals can provide help in the form of suggestions for the changes to be made in the product/services provided by the company.

As a Masters in Data Analytics is a respected skill and requires the best training possible, knowing the best universities out there can help one become a sound professional is necessary. What is to follow is a description of the benefit of data analytics and then a list of Masters in Data Analytics Rankings for universities to pursue data analytics.

Benefits of Masters in Data Analytics

Data analytics is a demanding course which asks a lot of time and focus from students who decide to opt for it. The pay-off for all the hard work, however, is very fruitful. Following are some of the benefits of pursuing Masters in Data Analytics ranking. 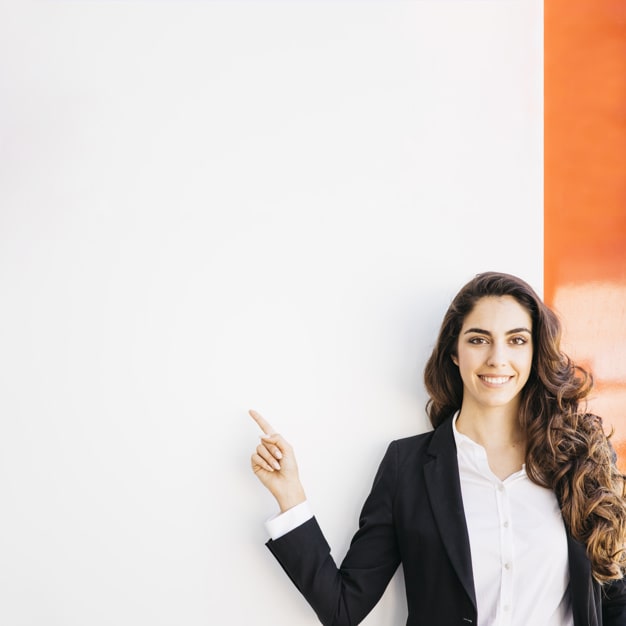 Data analytics and Data science are some of the new but growing courses out there and require high-class and well-developed facilities along with a learned faculty in order to be taught to the students. Only the best and topmost universities can handle what this highly demanding course requires. Following is the list of top Masters in Data Analytics Rankings universities:

Stanford University has been setting a standard for education ever since it came into existence in 1891 at the city it is named after in the state of California. Today it is known for its groundbreaking research facility and high standards of education. It is in close proximity to the world-renowned IT hub, Silicon Valley.

The data analysis program offered here is offered under the Department of Statistics and Institute for Computational and Mathematical Engineering. The degree would be awarded to students who complete a total of 45 credits in the course, and the tuition is as denoted in the Stanford Registrar. The course challenges the students and involves demanding subjects like machine learning, capstone project, paradigms for computing and business intelligence for big data.

Columbia University is one of the private ivy league universities in the United States and is situated in the more well-to-do part of New York City, upper Manhattan.

This ancient university was established back in the 1750s and has since seen many changes, for example, in its name as it was called Kings College up till 1784, and it has been under Masters in Data Analytics rankings for long.

The university is well known for being the forerunner in much scientific research taking place in the United States and was one of the few involved in the Manhattan project. Their engineering department is responsible for undertaking the MS in Data Science course.

In order to be awarded this prestigious degree, one must complete a minimum of 30 credits. The cost of the tuition comes up to approximately $55,500 ($1850 per credit). The course involves students studying statistics and computing subjects like machine learning, algorithms for data science, probability theory, exploratory data analysis and visualization. 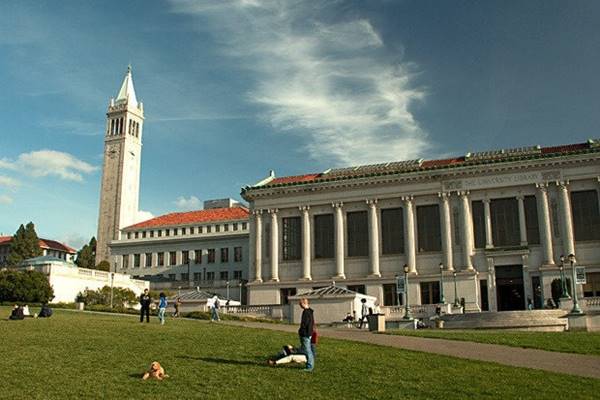 They were part of the fourteen founding members of the Association of American Universities, sharing resources and research amongst other organisations. The alumnus of this university is a star-studded cast full of Nobel and Pulitzer prize winners. The electrical engineering and computer science department takes care of students seeking to pursue further data analysis studies.

The course lasts for 20 months (full-time) however, the time period may vary (accelerated – 12 months, past-time – 32 months). The degree awarded is a Master of Engineering with a concentration in Data Science and systems. The tuition for the course comes up to $55,975 per year.

The University of Southern California, situated in Los Angeles, has been around since 1880, which makes it the oldest research university (private) in California. The massive academic staff of 4,361 faculty members are responsible for teaching a student force of 45,000 undergraduate and post-graduates.

They have been around for so long in Masters in Data Analytics Rankings. So many groundbreaking inventions have been had at this university, some of them are dynamic programming, antivirus software and DNA computing. The University of Southern California is also homes to nine Noble prize laureates.

The Viterbi School of Engineering at the University of Southern California awards their students an MS in data analytics. The course involves teaching students machine learning, probabilistic reasoning, advanced big data analytics and applied matrix analysis. To complete the course, one must complete 32 units minimum. The total tuition fees of the program are $61,984 ($1,937 per unit)

Georgetown University is one of the most important institutes in the USA, situated in the capital city of Washington D.C. The college was established back in 1789 and since then has grown.

Today, it has nine schools for both undergraduate and graduate programs under its wings. The most recognizable feature of the school, other than its faculty and alumni, is the Healy Hall, which is a National Historic Landmark. The alumni of this school include many policymakers like US president Bill Clinton and US Supreme Court Justice Antonin Scalia.

Masters of Science in Analytics rankings, the degree concentration in Data Science is awarded by the computer science department. The students would be taught data analytics, massive data fundamentals, scientific and analytical visualization, statistical learning and many other key subjects. The tuition for the course is $ 51,000 per year.

As this prestigious university's motto suggests, this institute's goal is to help knowledge grow and, in turn, enrich human life. This is the goal that they have been aspiring to ever since John D. Rockefeller established this school in 1890.

This private research university has held the top ten rankings in many national and international lists. The school is home to 2,859 faculty members and 16,400 students. The campus is not restricted by the confines of its campus, as there are centres found all over the world, like in London, Paris, Hong Kong and Delhi. 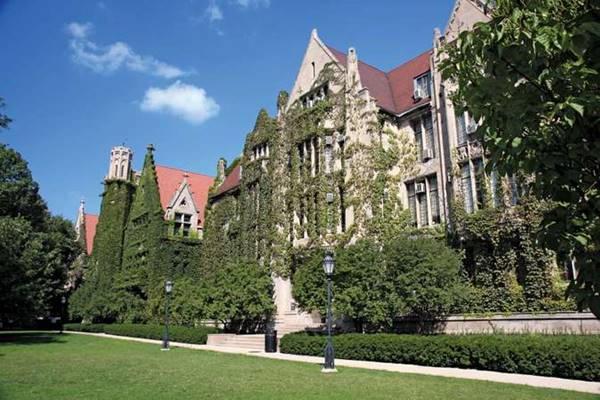 The Graham School Continuing Liberal and Professional Studies are responsible for awarding its students the Master of Science in Analytics. A student is required to complete 11 courses in order to gain a degree. The course involves subjects like statistical analysis, data mining principles, machine learning and predictive analysis, data engineering platforms for analytics etc. The total tuition of the course is $47, 850 ($4,350 per course).

School of Informatics and Computing is responsible for awarding its students the MS in Data Science degree. The students will be taught computing tools for sci research, data structures, programming language, distributed systems, machine learning, advanced database concepts etc. Tuition depends on the course you have opted for. An on-campus program costs $43,717, whereas an online MS costs $21,457.

Established as a Learning and Military Academy in 1860, Louisiana State University today comprises of 250 buildings and is spread across 650 acres of land on the banks of the Mississippi River.

It functions as a flagship, not only for the state of Louisiana but also for the Louisiana State University System. It is currently home to 25,000 students. As a land, sea, and space-grant institute, the university conducts important research for many national organizations, like NASA. It is among Masters in Data Analytics rankings universities.

The Master of Science in Analytics is granted by EJ Ourso College of Business. The course involves extensive study of computing and data mining, along with business statistics and analysis. The tuition for this course comes up to $37,500.

This university has been around since 1863 and is today the flagship representation of the University of Massachusetts system, which comprises of 5 campuses. The school houses 30,000 students and offers 109 undergraduate and 77 master’s programs. It has been ranked 27 the place in the list of best public universities in the US.

College of Information and Computer Science are responsible for awarding its students the Master in Computer Science Concentration in Data Science degree. The course involves extensive study of algorithms for data science, machine learning and intelligent visual computing, among others. The degree is awarded on completion of 30 credits.

Better known as NYU, New York University is named after the vibrant city it was established in the year 1831. Today it has spread out, and sub-campuses of this university can today be found at locations throughout the world, for example, in Abu Dhabi, Shanghai, London, Los Angeles, Madrid, Paris etc. It has been ranked 32 among universities all over the world.

The Centre for Data Science awards its students an MS in Data analytics. The students are required to complete 32-44 credits in order to graduate. They will learn subjects in computing, business, statistics and data mining.